AirSelfie flying camera has not been launched on the global market yet and has already been assessed in around 50 million dollars.

AirSelfie is a new, “made-in-Italy” technology that will change completely the way of taking selfies. It is a portable flying camera (with a microdrone technology) weighing 61 gr and made of anodized aluminium, which can be perfectly integrated in the phone cover and fly up to 20 meters in the air.

Before approaching Private Equity, the project was launched on Kickstarter, the first global crowdfunding platform, where the raising objective was achieved in less than 72 hours and one of the most important results was registered (more than 81 financing countries and viralization all over the world).

After the market test, the project involved financial investors, who could support the project and speed up the distribution of the product, which competes in a global arena.

Grant Thornton Financial Advisory Services presented the project to a selected group of high networth individuals, who, after a due diligence phase, decided to invest in the project, which – although it has not been launched on the market, yet – has already been assessed in around 50 million dollars. 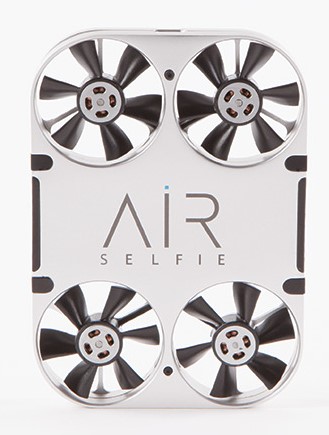