Carlo has been an assistant professor of civil law at the Università Statale in Milan for many years.

During his mandatory military service, he served as a chief officer at the Officer Cadets Department of the Italian Revenue Police Academy, from which he received an honourable discharge.

He started his professional career at one of the major civil law firms in Milan, and in 1997 he founded his own boutique law firm in Milan.

After years of collaboration, in 2016 he became of counsel of Bernoni Grant Thornton.

Carlo fully joined Bernoni Grant Thornton in 2022 as partner and Head of Legal.

His areas of expertise encompass, among others:

In 1994 he passed his professional qualification exam ranking first in the relevant Court of Appeal. 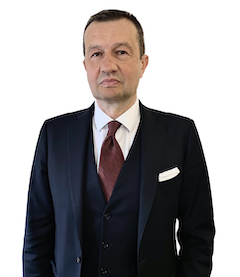