Although improved, the relationship between banks and businesses remains difficult: accessing finance is now easier, but only for big companies. The idea: introducing tax benefits for companies which go public or which make capital increases to invest in their growth.

The scenario of Italian SMEs emerging from the latest data by the Bank of Italy is a varied one. The number of distressed companies is increasing, but the number of virtuous one is growing as well.

SMEs difficulties to access credit results in a decreased production. In the first nine months of 2016 the industrial activity continued to grow moderately. But these increases concerned mainly big companies rather than SMEs.

Which instruments could help reverse this trend? “Taxation is one of the most useful and quick tools to boost SMEs’ investments” – declared Giuseppe Bernoni, Chartered Accountant forerunner of associated professional firms and founder of Bernoni Grant Thornton. “Tax incentives such as those introduced by the Government’s reform are commendable, being aimed at fostering economic growth and employment. Not only incentives for companies investing in R&D and new technologies are welcome, but also support to innovative startups, as well as the extension of the 140% “super-depreciation” rate for the purchase of operating assets and of the 250% “iper-depreciation” for the purchase of machinery and software”.

An alternative to bank financing could be the introduction of “Tax incentives for companies which reinvest part of the financial proceeds deriving from the listing on the Stock Exchange in their business” – continued Bernoni. “Incentives that could also be granted to shareholders subscribing a share capital increase to fuel the growth of their business”. 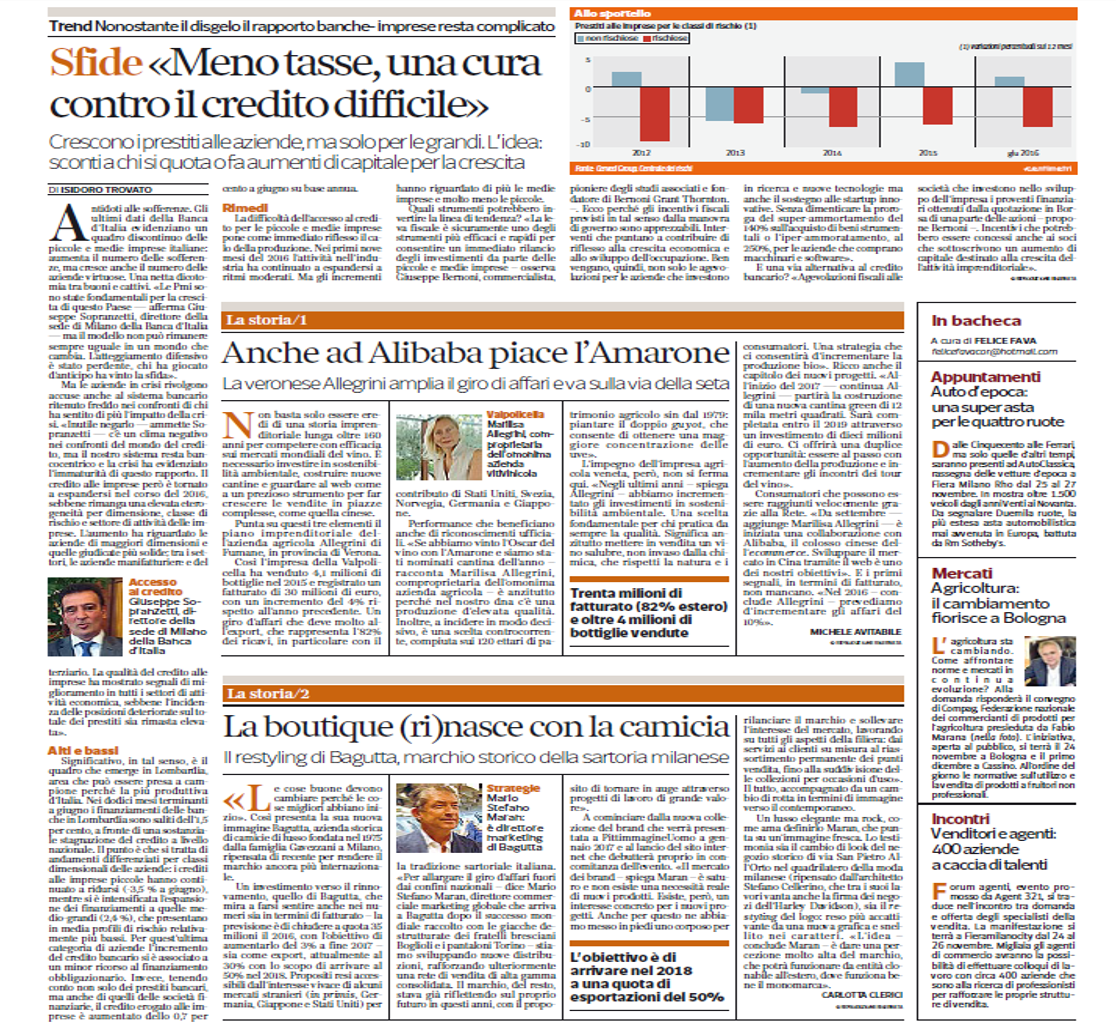